I learned more graphics skills yesterday & today, put my new skills to use and made a few logo concepts as well as a new header for my blog if you noticed 🙂 The metal logos could be used for book covers and blog headers. If you click on the images, you can see see the big, high resolution versions. Are they cool or what? 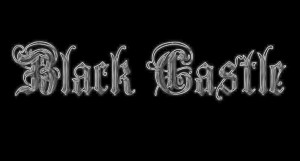 Today I managed to learn some cool text effects and typography tricks on gimp and made a concept design for the title of my WIP novel. Feeling too tired to write, I played around following this awesome metallic text tutorial and put together the concept. Almost looks professional, doesn’t it?

Though this looks more like a romance design rather than dark epic fantasy. I need to pick a more suitable font next time I try.

It took me about 2 hours to figure out the typography stuff. As a first timer, putting this together was not an easy task. Doing the steps of the tutorial took about half an hour. But once you get the hang of it, it gets a lot easier and takes less time. Besides, you can save the steps of what you do as layers in your gimp .xcf file, so it’s hell of a lot faster to duplicate the same thing with different texts.

My artistic side has been neglected since I took up writing and it has been complaining louder and louder as weeks passed by.  This book cover design business worked out quite well. Now I can resume writing my missing chapters! 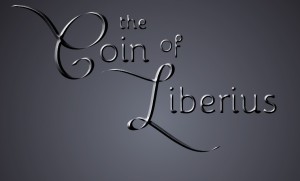 As a starving indie author I can’t afford a professional book cover design, so I decided to brush up my graphics skills to get ready to make my own covers. I use gimp, a free graphics software which is also known as the poor man’s photoshop. (You can download it from http://www.gimp.org)

If you want to learn how to make your own book covers, Rachel Zellers is running an excellent tutorial series on her blog here: http://lillianasterios.blogspot.fi/

Anyway, I have downloaded hundreds of fancy brushes from deviantart (searching for gimp brushes reveals hundreds of results) and decided to play with them a bit. I was actually trying to do a happy, cheerful, fairy-tale kind of cover but ended up with a creepy gothic thing. Reading too much grimdark fantasy literature has that effect on you I guess!

This is not the actual cover for my own book, it’s just a concept I slapped together this evening. Gimp brushes are a lot of fun to play with!